Remember the old iPod? The Sony Walkman? If you think those days are gone, you may be wrong: 2020 is a year of wonder for audio players. Lately, the best audio companies have been releasing great Digital Audio Players for all budgets. Considering the streaming services have reached a really nice quality (TIDAL, Amazon Music, Qobuz, …) we’ll list the ones capable of supporting them; in other words, Android players. Here are the best choices for about 1000$ - every product listed is available for purchase on HiFiGo.

Even though it could sound like a sidegrade from the base model of M11, the latest and greatest from FiiO is a jewel of a DAP: THX support – there’s almost no other player that’s capable of that -, a smartphone-level 2:1 screen (as well as the mounted S.o.C, an Exynos 7872 by Samsung), an impressive amount of internal storage (64GB) which can be expanded via MicroSD (up to 2TB!). If you mind portability, that’s pretty much the best you can find for under 1000$. If you want something bigger… did you read the M15 was announced? 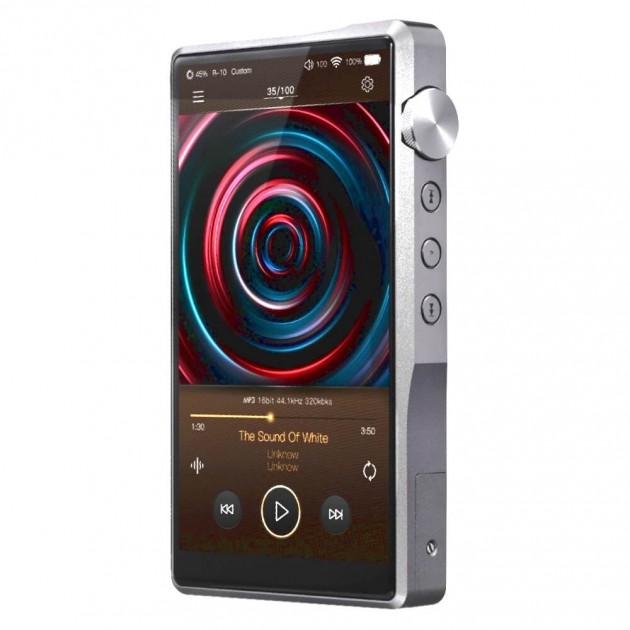 While FiiO gave up with modularity, other brands like Cayin and IBasso are embracing that philosophy. The DX220 is the TOTL by the Chinese company, offering different amping solutions for every need. Only one module is included out of the box, but it’s more than enough to start, considering the impressive power output of the stock AMP1. As well as the M11 Pro, the DX220 is MQA enabled by default. As well as the aforementioned company, also IBasso has a giant DAP coming this year: the DX220 Max.

The first Android device by Shanling: an extremely complete package – with 4.4 balanced output, which is not so common even at this price bracket – with the known quality of this brand. The M6, like the FiiO M11, is on of the closest iterations of a DAP to the smartphone world. Shanling, however, doesn’t plan to release a giant version of their player... They did a small one, actually! The retro-styled Q1 is kickstarting right now.

Last but not least, the amazing R6 Pro by HiBy, which not only provides a 4.4 balanced output and a great build quality, but also one of the best “link” software out there: you can, in fact, use your smartphone as a Bluetooth controller of your library with ease. That’s something available for the other devices here, but the original HiBy link is still the best out there. Still Android, still a champion: this is actually HiBy’s TOTL audio player. Vento Conductor is a new name for the international market. They are a part of Daruma Audio a well-recognized name in...
Read More CCA might sound like a new name, but they share a lot with the well-known KZ Acoustics. They are a sister brand to th...
Read More Have you looked at the “MT” series of tube hybrid amplifiers from xDuoo?? If not, you are missing on some really amaz...
Read More